The Oldest Street in Athens and Europe | GreekReporter.com

The oldest street in Athens, and the whole of Europe, is about 2,500 years old and is located in the Plaka neighborhood in he slopes of Acropolis Hill
greece.greekreporter.com

The oldest street in Athens, and the whole of Europe, is about 2,500 years old — and is located in the Plaka neighborhood on the storied slopes of Acropolis Hill. 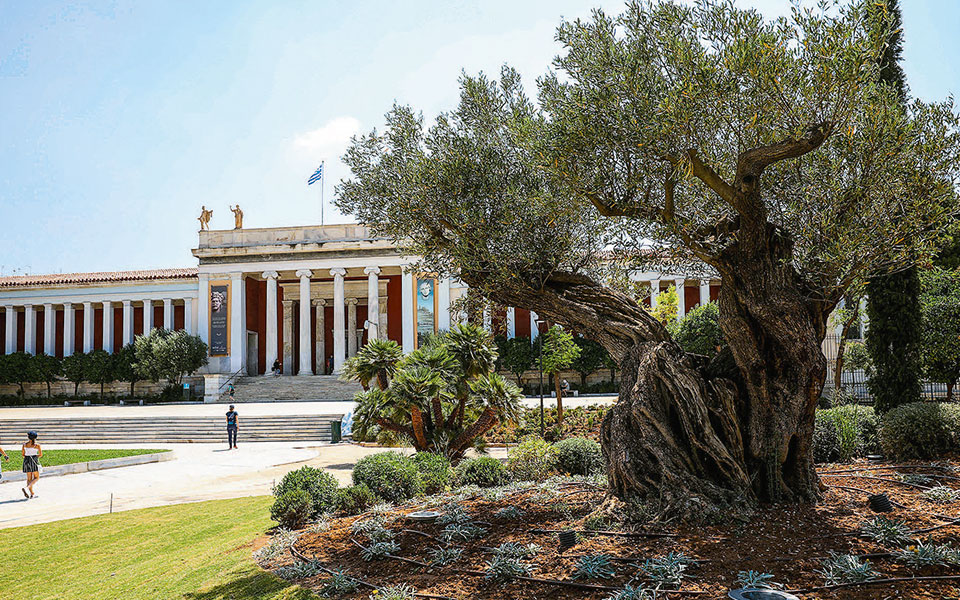 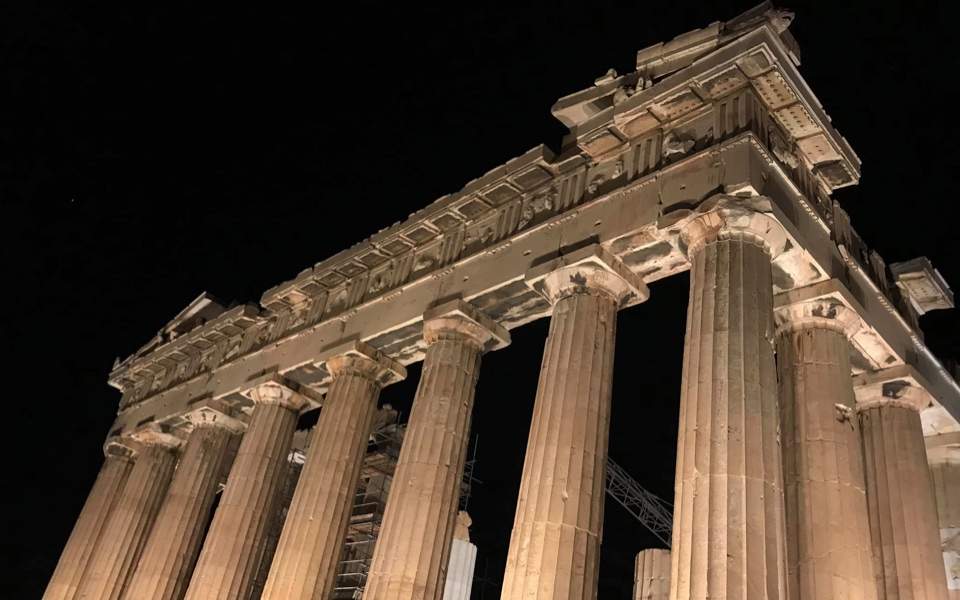 Acropolis to be seen in a whole new light, Maro Vasiliadou | Kathimerini

The first test of the Parthenon’s new lighting system took place on September 1, under the full moon.

The first test of the Parthenon’s new lighting system took place on September 1, under the full moon.
As renowned lighting designer Eleftheria Deko – who together with her associates is responsible for the project – reported in a social media post, all the spotlights that will soon regularly illuminate the monuments were switched on.
It seems that the official inauguration of the Acropolis’ new lighting system is imminent. According to knowledgeable sources, the new system is unique in that, thanks to variations in the intensity and color of the lights, the rocky hill, the walls and the focal point of the Parthenon will be illuminated in a way that highlights the differences in both the geological layers and the historical eras of the structures.
The Greek Ministry of Culture and Sports first announced the new project on October 21, 2019. Sponsorship by the Onassis Foundation was sealed on that day during a meeting between Greek PM Kyriakos Mitsotakis and Culture Minister Lina Mendoni on the one hand and the foundation’s director Anthony S. Papadimitriou and its director of culture Afroditi Panagiotakou on the other.
The meeting concerned upgrading the lighting of the archaeological site’s monuments as well as the installation of a modern slope lift system to replace the existing elevator.
The aim was for the works to be finalized before the summer of 2020, and their cost was estimated at €1.5 million. The new study regarding the modernization of the Acropolis’ lighting system, as well as the upgrade of existing systems, was evaluated by the Central Archaeological Council in March via videoconferencing.
The scope of the project includes the Odeon of Herodes Atticus, the Stoa of Eumenes, the Asklepieion, the Theater of Dionysus, the Thrasyllos Monument and the monuments of the southern slope.
It is altogether possible that the Sacred Rock of Athens will be bathed in new light before September ends. Nearly 20 years have passed since the agreement was signed with architectural lighting designer Pierre Bideau for the lighting of the Athenian monuments in view of the Athens Olympic Games. At that time, the budget was €1.2 million.
In August 2004, following Bideau’s design, the Acropolis was illuminated by 364 different light sources. Bideau traveled to Athens on numerous occasions to walk the site with archaeologists, and to take pictures of the monuments before finalizing his study. As he stated at the time, his aim was not to have his design dazzle people but instead to humbly highlight the greatness of the monuments.
In 2005, Eleftheria Deko was awarded an Emmy for the lighting direction and design of the opening and closing ceremonies of the Athens Olympic Games. It has since long been expected that she would be the one to develop and implement a new Acropolis lighting system, but unfortunately from 2004 until now, only limited efforts were made to maintain the existing system to counter the ravages of time.
Eventually, the Ministry of Culture and Sports decided that urgent action needed to be taken in order to address technological and aesthetic issues, cover additional needs, apply new technology and save resources and energy.
The new plan foresees replacing the old lighting units with new state-of-the-art lighting systems and will implement a new aesthetic approach that will highlight the three-dimensional nature of the monuments. As Deko has said in a past interview, “just as in music pauses play an essential role, so too in lighting, shade and darkness are very important. The balance between the variations is a basic component of good lighting, in theater as well as in architecture.”
Online