my legs are so swollen

As of July 2017, the wall leading towards the concrete access structure had been removed, leading to suggestions construction may resume soon.
Zum Vergrößern anklicken.... 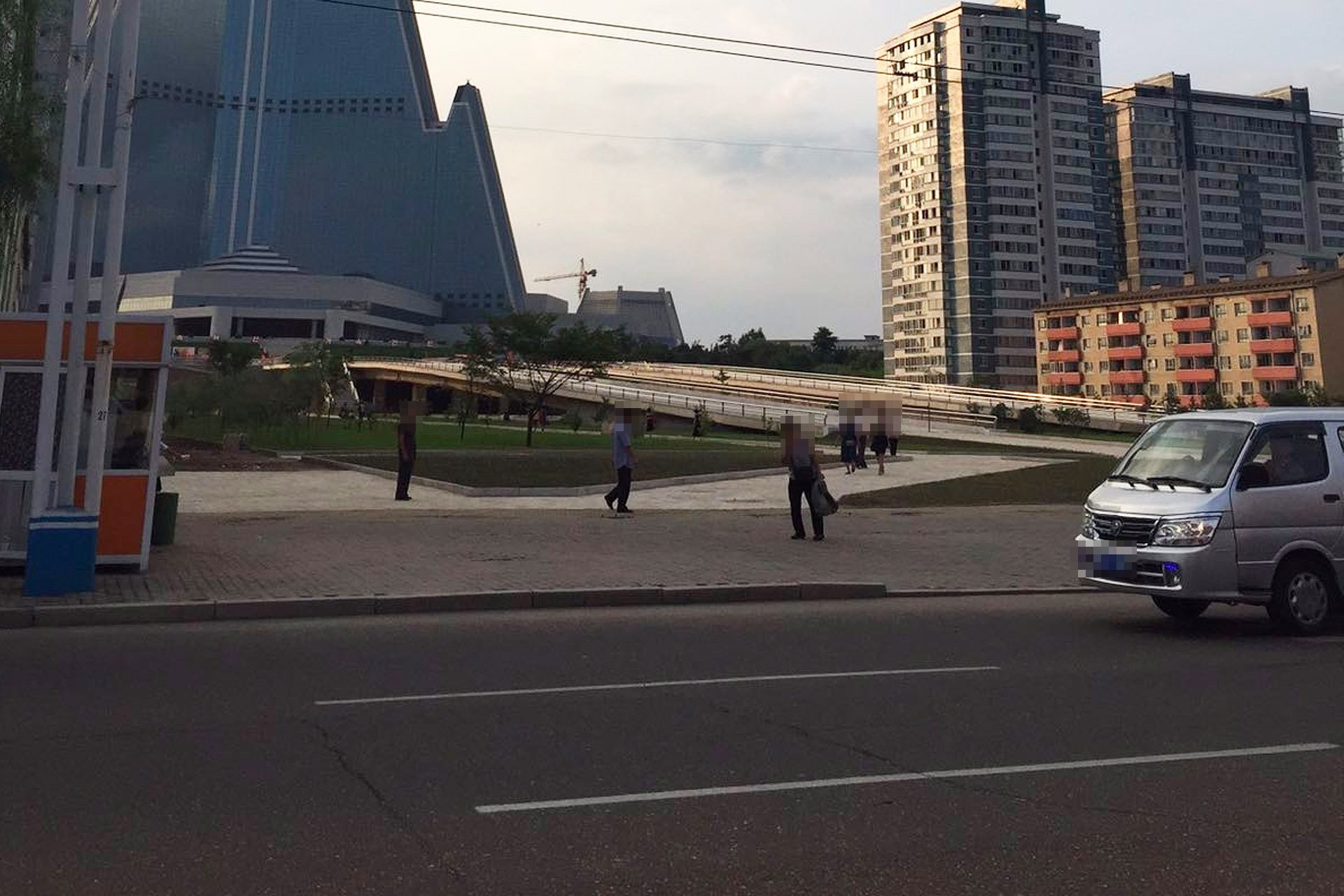 While construction of a concrete access route towards the base of the tower was since completed in 2014, construction at the huge tower appears to have mostly stalled.
Small signs, however, have kept interest in the building alive.
Lights were visible in at least three rooms at the top of the tower in a video exclusively obtained by NK News in October 2016, and a wall blocking people from the concrete access route completed in 2014 was demolished within the past month.
Zum Vergrößern anklicken....