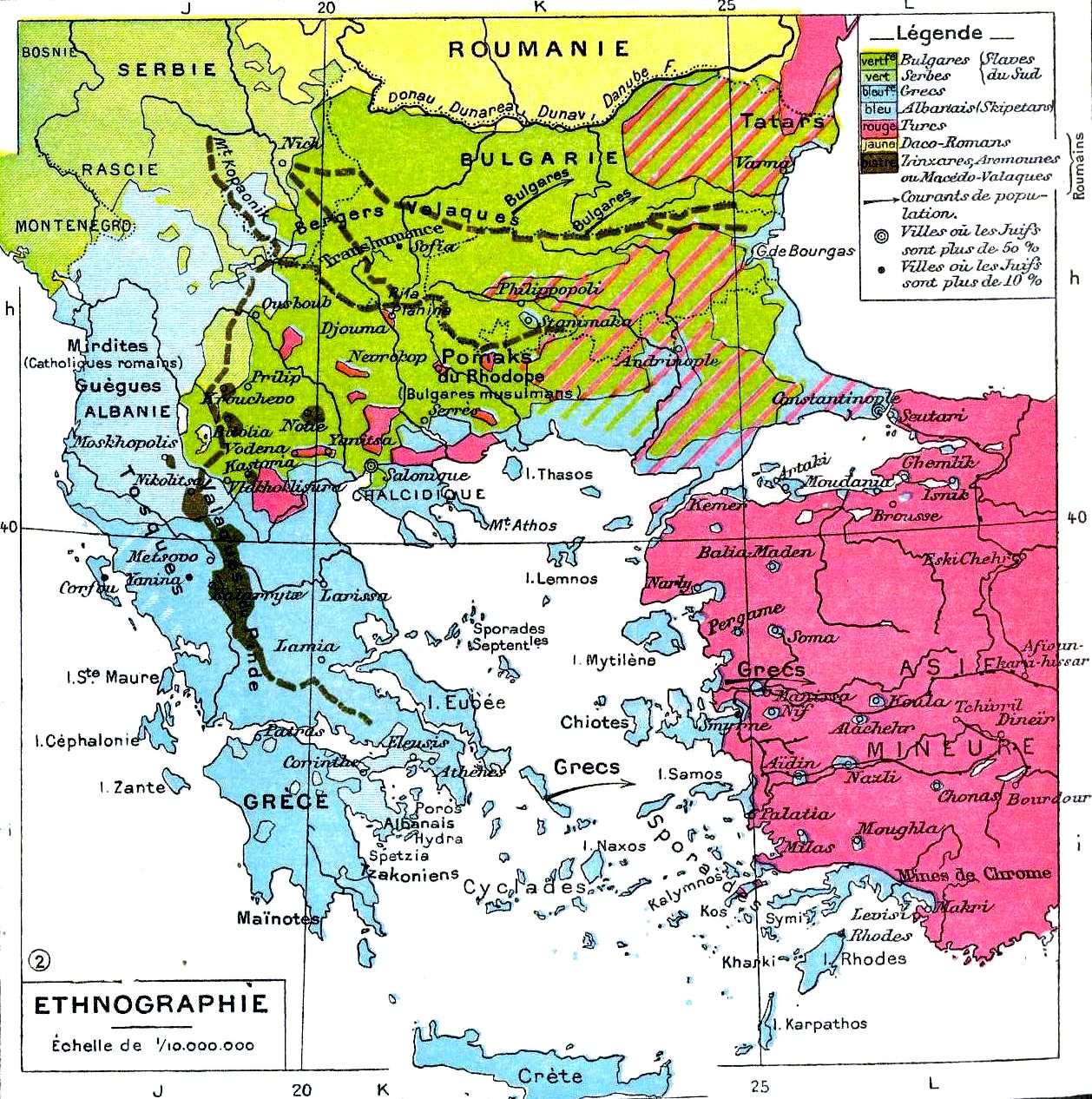 Ein Ausschnitt: Most historians agree that the Arvanites first settled central and southern Greece in the thirteenth century. A succession of migrations into Greece continued until the early nineteenth century. The Arvanites are thought to have originated from parts of present day Albania. Their identity has been linked to their Arvanitic (Arvanitika) or Tosk Albanian language and their practice of Greek Orthodox Christianity.

Seite 6: 1879 Greek census found that in the Peloponnese, Central Greece, Euboea and the island of Andros there were nearly 225.000 Albanian/Arvanitic speakers. This number did not include Hydra and Spetses, which were traditionally Arvanitic speaking. The entire population of Greece at the time was about 1.6 million people. Today, the Arvanitic language has survived in several towns of the Argolis. Anastasia Karakasidou’s study on Slavic speaking groups in northern Greece found that many Slavic groups felt pressure to change their last names into Greek sounding names (Karakaksidou 1997). Today many Arvanite’s bear Greek and Albanian derived last names. Some last names that are believed to be Albanian in origin include: Πλﰂκας, Λιﰂπης, Κﰇλιας, Λιﰂκος, Βιρﰄς, Μανεσσﰄς. None of the locals remember having to change their names. At the same time, in some Arvanitic speaking villages the nick- name (παρατσοﰈκλι) of older generations are Albanian in origin. Some examples in- clude: Κﰇκκας, Μποﰈτος, Σκυρτεση, and Διλλιλﰄς.