You see life through distorted eyes 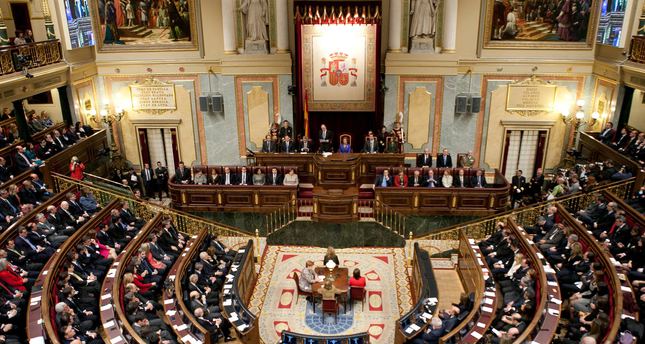 Spain's upper parliament has rejected a bill to recognize Armenian claims regarding the 1915 events.

The Senate of Spain on Wednesday dismissed the proposal tabled by Entesa - a political group active in the Catalonian region - with 130 votes against and 14 in favor, along with 68 abstentions.

Speaking during the voting session, ruling People's Party MP Jose Maria Chiquillo said: "We as the parliament cannot put ourselves in the position of historians or a court."

"Genocide is not a simple word," Chiquillo said. "It is a historical and legal issue."

Meanwhile, Turkey's Ambassador in Madrid, Omer Onhon, said Wednesday that it was important for Spain to adopt an "unbiased approach" to the issue.