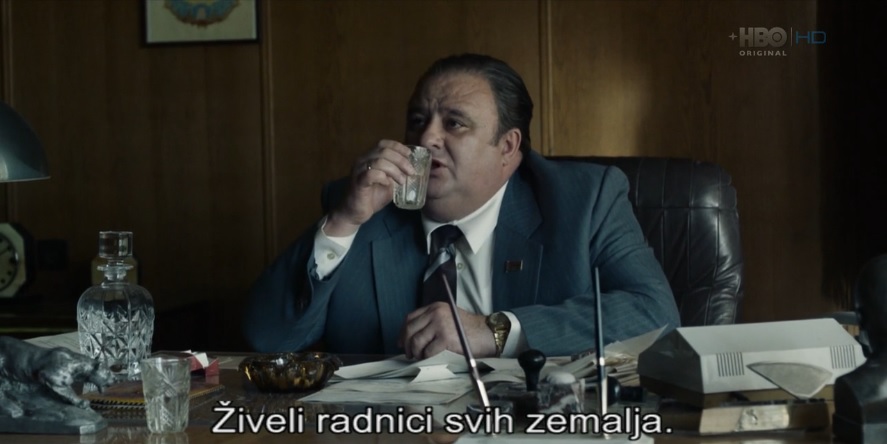 Less articulate is The Kremlin, who, per this piece from The Moscow Times, has used its media arm to launch a “mini-crusade” against the series, which has apparently become a source of fascination in Russia.
Zum Vergrößern anklicken....

Part of this crusade is a Russia-produced series from the country’s NTV channel. Directed by filmmaker Alexei Muradov, their project will focus not on the aftermath of the explosion, but instead on what Shepelin calls a “conspiracy theory” that inserts American spies into the narrative. Of his story, Muradov says, “One theory holds that Americans had infiltrated the Chernobyl nuclear power plant and many historians do not deny that, on the day of the explosion, an agent of the enemy’s intelligence services was present at the station.” The heroes, then, will not be the scientists, soldiers, and civilians who helped prevent a further spread of radiation, but rather the KGB officers trying to thwart these CIA operatives.
Zum Vergrößern anklicken....